Monster Mages is a tabletop roleplaying designed to be accessible for the whole family, featuring a streamlined conflict resolution mechanic that rewards trying and lets the players set the terms for failure. The 30 page book includes convenient cards for magical abilities and a scenario to play through.

The World of Monsters

Once upon a time, when monsters ruled the land and humans stayed in hiding, there was a great tournament called the Creature Cup. Monsters from around the world would compete to prove who were the strongest, the fastest, the scariest, and the most powerful monsters of all.

There came a tournament that was planned to be the biggest yet, and the monster known as Bologna (said buh-LOG-nuh) the Troll wanted the trophy more than anything—and he was willing to cheat to get it. He gathered up all his troll treasure and went to the judges, promising to give them everything if they declared him winner no matter what. Fooled by Bologna’s troll magic, the judges agreed.

Kenji the Kaiju easily beat Bologna in arm wrestling, but the judges declared the troll the winner. Flynn the Forest Spirit, known for their remarkable gardening, clearly had the greener thumb, but judges picked Bologna instead. The judges declared Bologna scarier than Humm the Ghost (so named for the spooky sound he always makes), a better swimmer than Nessie the sea monster, a better juggler than Chloe the Chimaera, and a better baker than Mo the Mothman (who is world-renowned for his muffins). Finally, Bologna faces off against Sparkle Dream the Alicorn for the title of most powerful monster. Sparkle Dream uses her truth magic to reveal that Bologna was not only cheating but had also tricked the judges with fake treasure. Everyone was furious, so Bologna was banished from the Creature Cup, never to compete again.

As Bologna left the tournament, he spoke a terrible spell and placed a curse on the Creature Cup: no monster could ever accept the winner of the cup. It was with great sadness that the seven would-be winners decided to end the tournament, knowing it would only create chaos if continued. No longer motivated to be the best of anything—and cursed to not be appreciated by their monster peers—the seven explored the world. They met the humans who had lived alongside them in secret all this time, learned of their intelligence, creativity, and passion. The seven decided that if they could never be appreciated for their own skills, then they would teach these humans their skills.

And so, Chloe the Chimaera, Mo the Mothman, Kenji the Kaiju, Nessie the Sea Monster, Flynn the Forest Spirit, Humm the Ghost, and Sparkle Dream the Alicorn became the founders of the Monster Mages! Today, the Monster Mages are humans with the magic of their monster mentors. They protect the world from trickery and malice, ensuring that menaces like Bologna the Troll won’t get their way.

In order to download this game you must purchase it at or above the minimum price of $5 USD. You will get access to the following files:

I'm sorry but I d'ont see what we can play in terms or role in your RPG. What is a Monster Mage ?

A Monster Mage is actually a human who has learned magic from a great Monster Mentor. I can post the intro story to the setting, if that'd help! The players don't choose classes but can pick powers, trait bonuses, and/or companions from the seven main Monster Mentors. There's also an additional Monster Mentor and powers unlocked at the end of the scenario.

I think this context is very important. In my opinion, you MUST add it to your description. 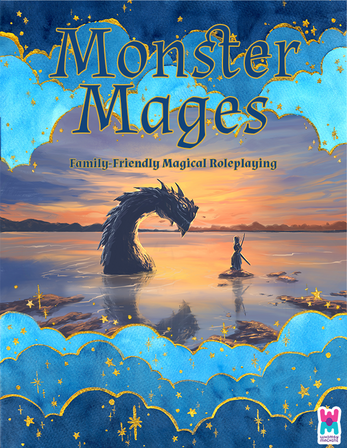 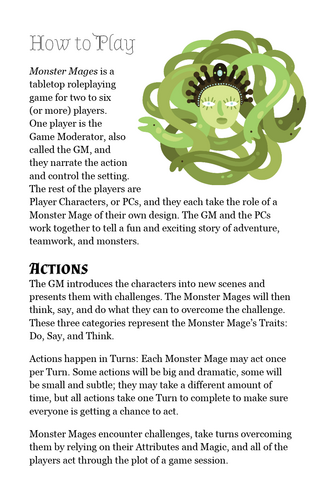 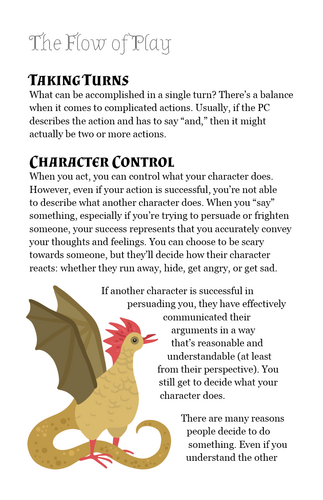 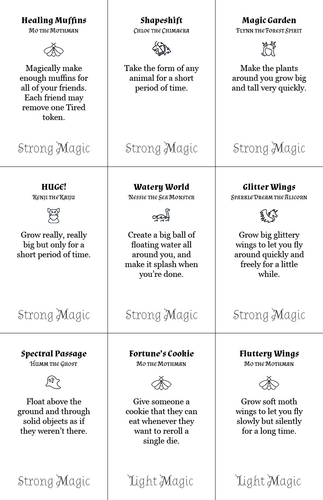 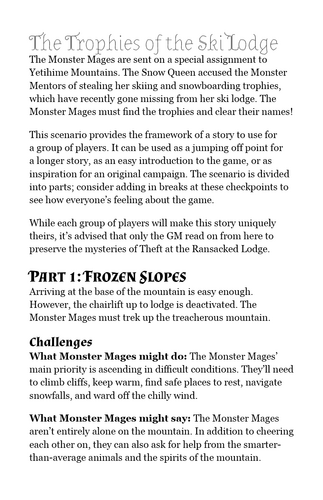 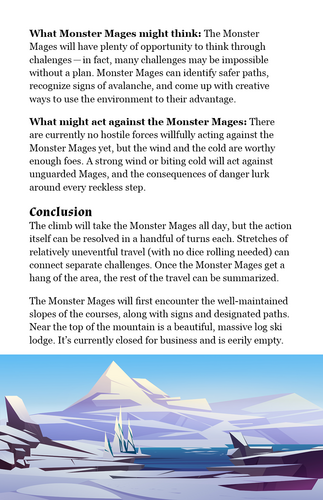